all the defects of the human being

All the Defects of the Human Being

[a performance for acoustic feedback]

One of the main goals of this program is to stop for a second to think and analyze the problems of our society.

The human being has – has had and will have – an unquestionable capacity for destruction against his natural and animal environment, probably leading us to a context where the conditions of our own life on Earth are tremendously affected.

If we add to this a general lack of human values, we will ﬁnd ourselves with an endless list of problems that redeﬁne us on a sociological level in the ﬁrst decades of the 21st century.

To all this, we cannot forget the presence of technology in our daily lives, without which we would not understand our current society. A society that has seen how its way of interacting, learning and being has changed meteorically in recent years. 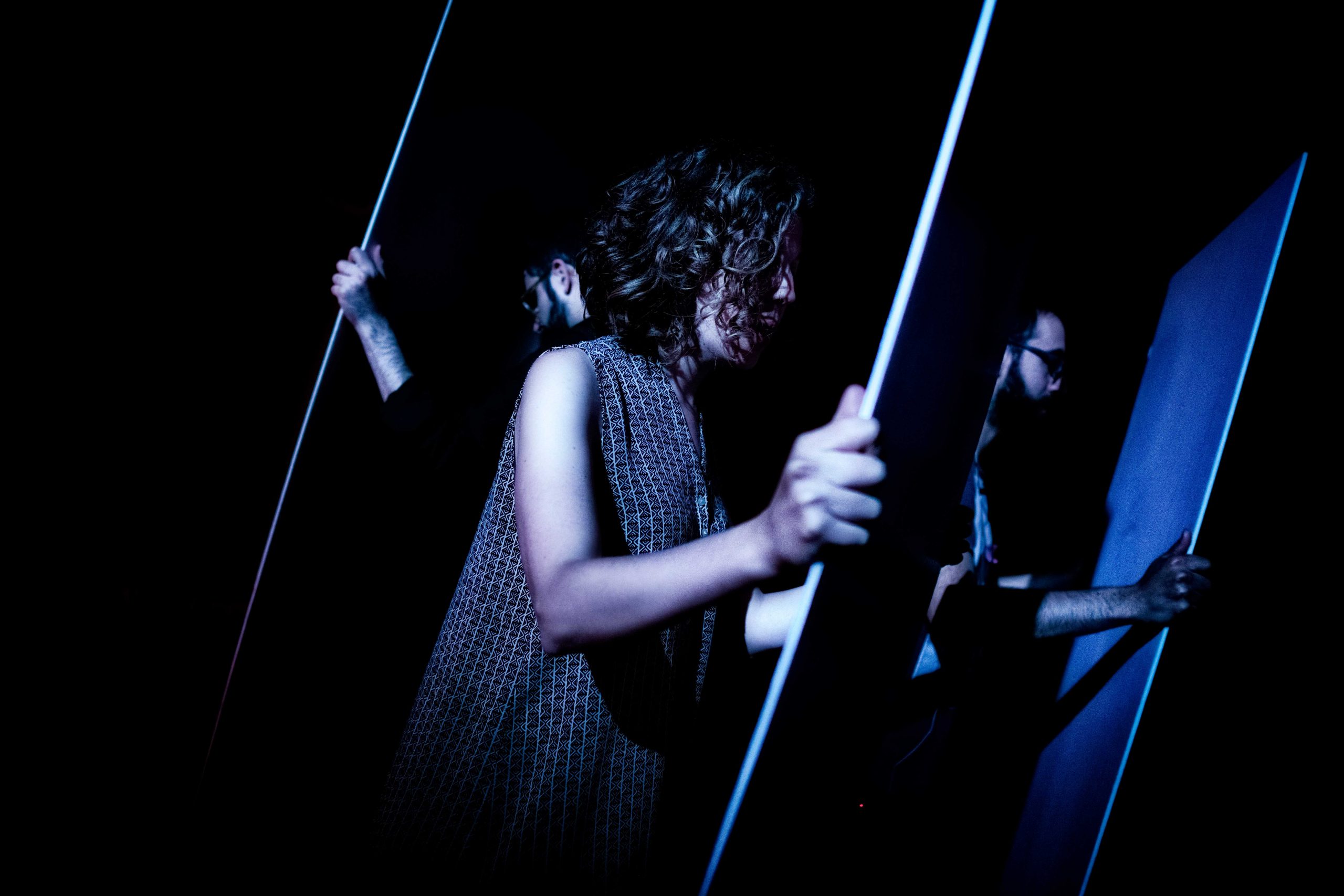 “Some years ago, while I was working on “Piano Hero #1 and #2”, the Arab Revolutions had ignited the Middle-East. Protesters in several Middle-Eastern countries made the whole world witness the revolutionary events by making video’s with their smartphones or webcams and uploading them to the internet. With the use of the social media -such as Facebook and Twitter- the whole process was accelerated, and before anyone realised, the people of Tunisia and Egypt had overthrown their dictatorial regimes, while full-blown civil wars started to split Libya and to paralyse Syria.

In the same year, 2011, a large-scale investigation was released, which calculated that there is one CCTV surveillance camera for every 32 persons in the UK.

October 2011: the Americans started to withdraw their troops in Iraq, while they were still ﬁghting the taliban and Al Qaeda in Afghanistan. More and more images were released of successful (at least according to the ofﬁcial bulletins) bombings by so-called “drones” -“unmanned aerial vehicles” who are remotely controlled by military personal in secret control centers in the US. Parallel to these images, an increasing stream of eye-witnesses started to appear on the internet, telling of innocent people who were killed by these bombings.

Strolling through the internet, I found at around the same time a 7-year old video-clip on Youtube which was a teaser for the TV-series “Generation Kill”, based on the homonymous book in which Evan Wright chronicled his experiences as an embedded reporter with the 1st Reconnaissance Battalion of the US Marine Corps during the 2003 Iraq invasion. One of the statements which shocked me the most was made by one of the soldiers: “It’s the ultimate rush — you’re going into the ﬁght with a good song playing in the background”. Evan Wright explained further: “This is a war fought by the ﬁrst playstation generation. One thing about them is they kill very well in Iraq.”

At that point, I realized that my next piece had to musically reﬂect on all of these connected facts, on a society which is more and more monitored, on the increasing importance of internet, networks and social media, which are fuelled by video’s taken with webcams and smartphones, on video-games and on wars fought like video-games, on the line between reality and virtuality which gets thinner by the day.”